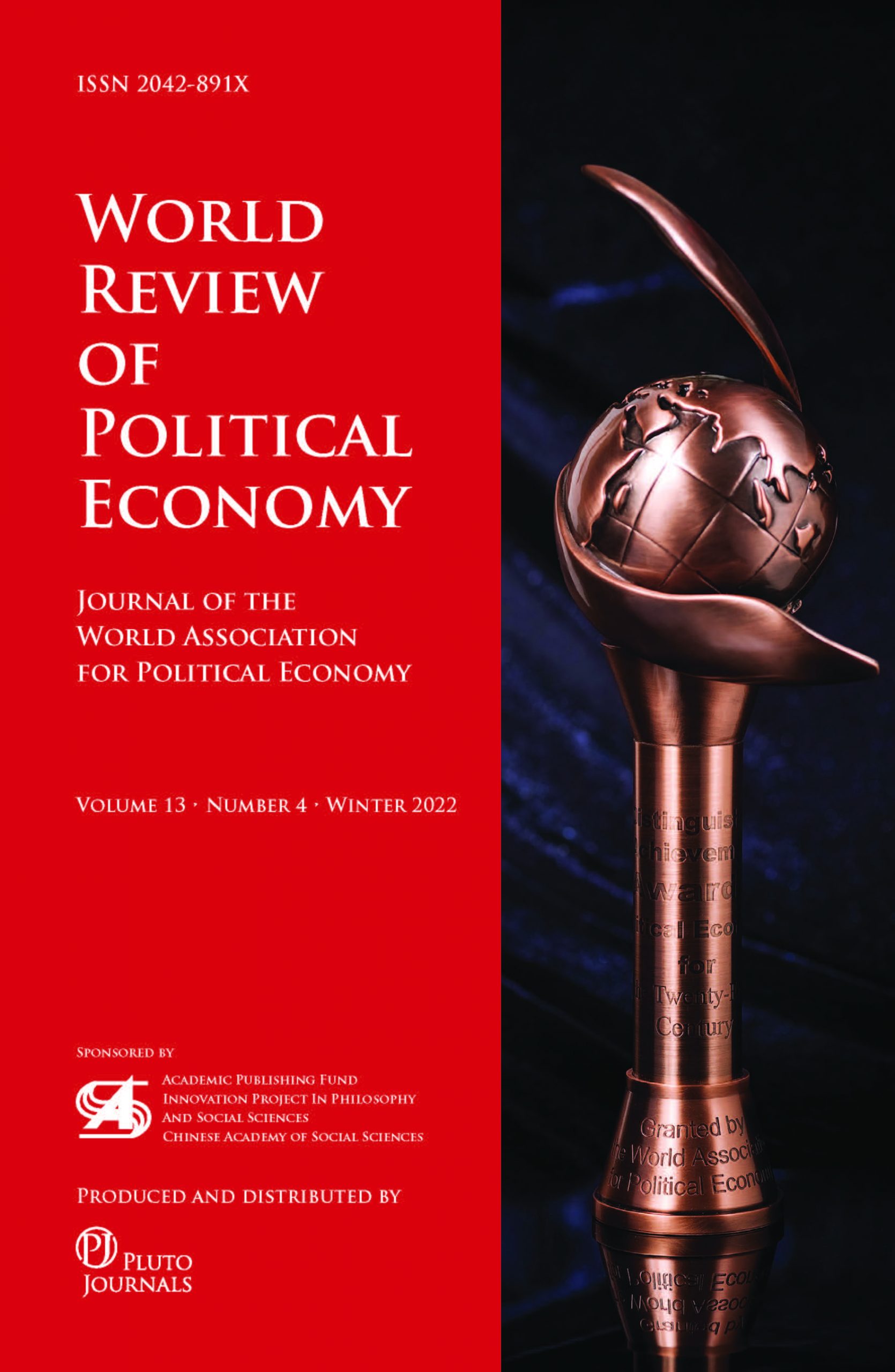 World Review of Political Economy, a quarterly, peer-reviewed title, published by Pluto Journals is the official journal of the World Association for Political Economy. This groundbreaking project has pioneered collaboration between Chinese academics and a Western progressive publisher to produce a Marxist political economy periodical to act as an essential forum for dialogue, cooperation, debate, and the production and sharing of cutting-edge research among leading scholars in China, the English-speaking world and beyond.

World Review of Political Economy (WRPE) is a quarterly, peer-reviewed title, published by Pluto Journals as official journal of the World Association for Political Economy, to produce research into Marxist political economy, with the first issue having been published in 2010.

In its critical approaches to analyzing the social and economic problems facing humankind, the WRPE reflects the outlook of its founding organization. The World Association for Political Economy, founded in 2004, is an international nongovernmental academic body established on an open, non-profit and voluntary basis by progressive economists and related groups from around the world. The WAPE secretariat is based at the Shanghai University of Finance and Economics. The present chairman is Distinguished Professor Enfu Cheng, director of the Center of Economic and Social Development, Chinese Academy of Social Sciences.

World Review of Political Economy (WRPE) is a peer-reviewed academic journal of Marxist Political Economy, which aims to promote the innovative research into Marxist economic theories and their practical applications to world economy, developed and undeveloped economies, capitalist and socialist economies and so on, and to benefit the development of the world and well-beings of its people. WRPE welcomes submissions in normative and empirical research including, but not limited to:

WRPE accepts article submissions written in English that are not currently under consideration for publication by any other journal. All contributions should be submitted to WRPE via the World Review of Political Economy ScholarOne Manuscripts site.

The Journal is published quarterly in March (Spring issue), June (Summer issue), September (Fall issue) and December (Winter issue). The electronic journal is archived in Portico. The Journal has been indexed in ESCI (Emerging Sources Citation Index, an edition of Web of Science) since 2015, and indexed in Scopus since June 2018.

All authors must comply with the common publishing ethics, and warrant that their article is their own original work, which does not infringe the intellectual property rights of any other person or entity, and cannot be construed as plagiarizing any other published work, including their own previously published work. The article contains no content that is abusive, defamatory, libellous, obscene, fraudulent, nor in any way infringes the rights of others, nor is in any other way unlawful or in violation of applicable laws.

WAPE has decided to develop itself as a membership organization in order to facilitate the exchange of knowledge, new thought and research across the divide of languages and geography, and offer its members access to certain benefits when joining WAPE including WAPE conference registration.

The membership fee for Standard Members is US$30 per year.

USD: United States (US) dollar ($)
We use cookies on our website to give you the most relevant experience by remembering your preferences and repeat visits. By clicking “Accept All”, you consent to the use of ALL the cookies. However, you may visit "Cookie Settings" to provide a controlled consent.
Cookie SettingsAccept All
Manage consent

Sign up to receive highlights from our most recently published journals. 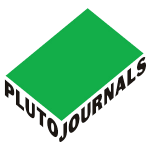